An aspect of security that has risen in awareness in recent years is the necessity of defending against vehicle impacts. Often, these occur from deliberate attacks and as a result, the demand for Hostile Vehicle Mitigation (HVM) and crash rated products is also rising.

The Centre for the Protection of National Infrastructure (CPNI) has recently published an extensive overview of vehicle impact test standards. This document provides guidance for security professionals and specifiers of Vehicle Security Barriers (VSBs); this is a complicated area, with standards, performance ratings, and products varying from situation to situation, and country to country.

The types of VSB

The number of vehicles that could potentially be used in a hostile attack means that there is a need for a wide range of VSBs to act as countermeasures. Bollards such as Lancaster PAS 68, or Linebacker® PNR fencing provide effective and discreet solutions for public areas.

In areas where heightened security is a given, more overt measures are needed. In fact, the visual presence of VSBs such as our Impakt Defender barriers can act as a first-line deterrent.

It is also important to consider that a barrier may need to quickly switch between allowing access to authorised vehicles, and defending against an attack. Road blockers provide ground-level defence against hostile vehicles on open roads, whilst bi-folding speed gates can be integrated as part of a high-security perimeter without imposing restrictions on the height of authorised vehicles.

With the possibility of attacks from vehicles travelling at significant speeds, it is vital that barriers conform to agreed standards. The rigorous standards set out by the UK and US governments both outline a consistent approach to assess how VSBs perform when impacted by unmodified vehicles. But with those vehicles being different on each continent, there is equal variance in the standards themselves.

This has resulted in the existence of two major impact test standards. In the UK, the classification system is called PAS 68, and in the US the standard test method of testing VSBs is called ASTM F2656/F2656M-20.

These local standards along with the threats imposed by VBIEDs – vehicle-borne improvised explosive devices – prompted CPNI to sponsor the ISO International Workshop Agreement (IWA) to develop IWA 14. Used globally, IWA 14-2:2013 and ISO IWA 1:2013 are global standards include categories for vehicles found in the UK, Europe, and North America.

Standards such as IWA 14 and PAS 68 have to take many different factors into consideration. Each standard considers a different range of vehicles – PAS 68 has 6 vehicle categories, whilst IWA 14 has 9.

Both cover the same range of impact speeds (16-112 km/h), but differ in the way that the vehicle penetration distance is measured. IWA 14 measures from the front edge of the product structure, whilst PAS 68 measures from the rear. Both address the issue of debris differently too – in IWA 14, major debris is reported but not part of the rating; in PAS 68, debris dispersion is part of the rating.

As well as the speed of the vehicle, the mass and the impact angle are also part of the testing. Additionally, a number of VSB datum points are considered. These are locations on the VSB that are used to determine how far a vehicle penetrated beyond a VSB during an impact test. These will vary according to the class of vehicle and the type of VSB. The datum points of a bollard will naturally differ from those of a blocker or an earth berm.

Finally, a further difference is the aspect of ground conditions. These can also vary greatly, and its important to be aware of how the various standards incorporate them. IWA 14 describes using a rigid or non-rigid configuration, but PAS 68 doesn’t define an installation configuration.

The result of these tests is that a VSB will be assigned a code that indicates its performance. These codes include the mass, speed and type of the vehicle used in the test, as well as the impact angle and the penetration distance.

This information is written after the standard – e.g., our Lancaster 5 PAS 68 Automated bollards are rated PAS 68:2010 V / 7500(N2) / 80 / 90:6.9 / 21.4. This shows that they are capable of repelling the impact of a 7.5 tonne class N2 vehicle travelling at 80 kmh. The impact angle was 90°- so head on – and it took 6.9m in distance until full penetration was made, measured from the load-carrying part of the vehicle when travelling past the back face of the bollard, before stopping completely. The final number is the measurement of how far away in metres the debris landed from the final impact – in this case, 21.4m.

CPNI advocates the use of IWA 14-1:2013. For the testing of VSBs, it is the most current and comprehensive standard. However, this does not mean that existing standards such as PAS 68 and ASTM are obsolete. There are many VSBs which have been thoroughly tested against these standards.

But it’s important to recognise that these standards are not equivalent. The performance rating of a VSB against a given standard does not directly map onto a different standard, even if there seem to be similarities. The testing and performance can vary greatly and disregarding this information can lead to significant risks.

Jacksons has extensive experience in providing VSBs, and our PAS 68 range provides safety and security in a wide range of applications. Contact us to find out how we can help you with your security needs. 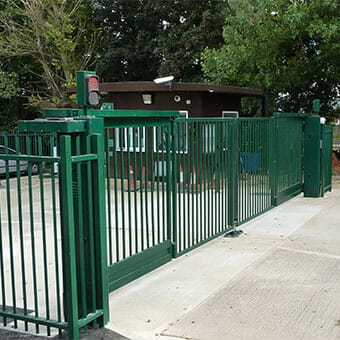 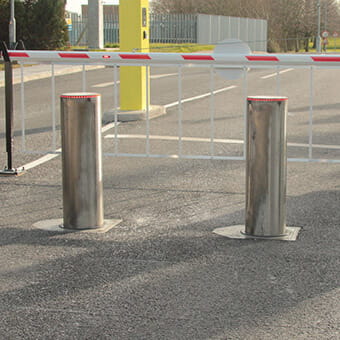 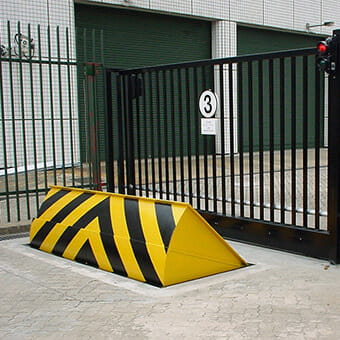 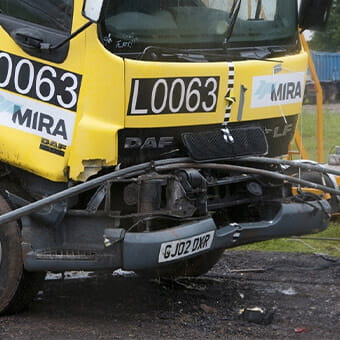