When creating a perimeter security strategy it is important to identify the requirements of your site. Whether the strategy is for a low or high risk site, Security Rated Fencing should be considered. Security Rated Fencing is integral to any effective perimeter security strategy with proven strength and resistance against a range of threats and suitability for a range of applications.

The LPCB (Loss Prevention Certification Board) has been setting standards for and approving security products, working closely with governments, security agencies, police services and more to test and certify fencing systems.

The LPS 1175 certification was introduced by the LPCB to help ensure buyers knew the exact strength and security level of fencing. To gain the rating, a fence is subject to a number of tests to gauge its ability to withstand an attack; the fence must be able to prevent a person (represented by an elliptical test block) from breaching its fabric and structure within a given timeframe.

The LPCB’s ratings aren’t just essential for ensuring safety and security; they also benefit manufacturers by allowing them to positively distinguish their products with the label of a recognised - and increasingly insisted upon - standard. Plus, it helps specifiers and designers save time with confusing compliance claims, as the LPCB badge shows their products meet the given standard.

Previously in Issue 7, LPS 1175 security ratings ranged from SR1 to SR8 for fencing, with SR1 proven against the minimum level of resistance and SR5 being the highest available for fencing. In 2019, a new addition to the standard was introduced as Issue 8, which replaces the old classification with a more fluid and cost-effective approach. Issue 8 now involves threat level (tool kit) rated by a letter (A to H), and delay – numeric value (1, 3, 5, 10, 15 or 20) corresponding with the minimum delay (in minutes) provided by the product when placed in a locked condition). These additional factors provide a more accurate analysis of each individual situation, and enable the most suitable product to be specified.

The table below shows the 48 possible combinations and also compares where Issue 7 security ratings sit within Issue 8. For example, an A1 fence was previously called an SR1 fence, a B3 fence was previously an SR2 fence, and so on, right up to H20 (the highest rating), which was previously SR8.Under Issue 8, specifiers can choose products based on the tool kit and the delay in response time independently, rather than a fixed combination of both. You may see either Issue 7 or Issue 8 ratings across our website, or a combination of both, so you can use this table to compare when necessary. 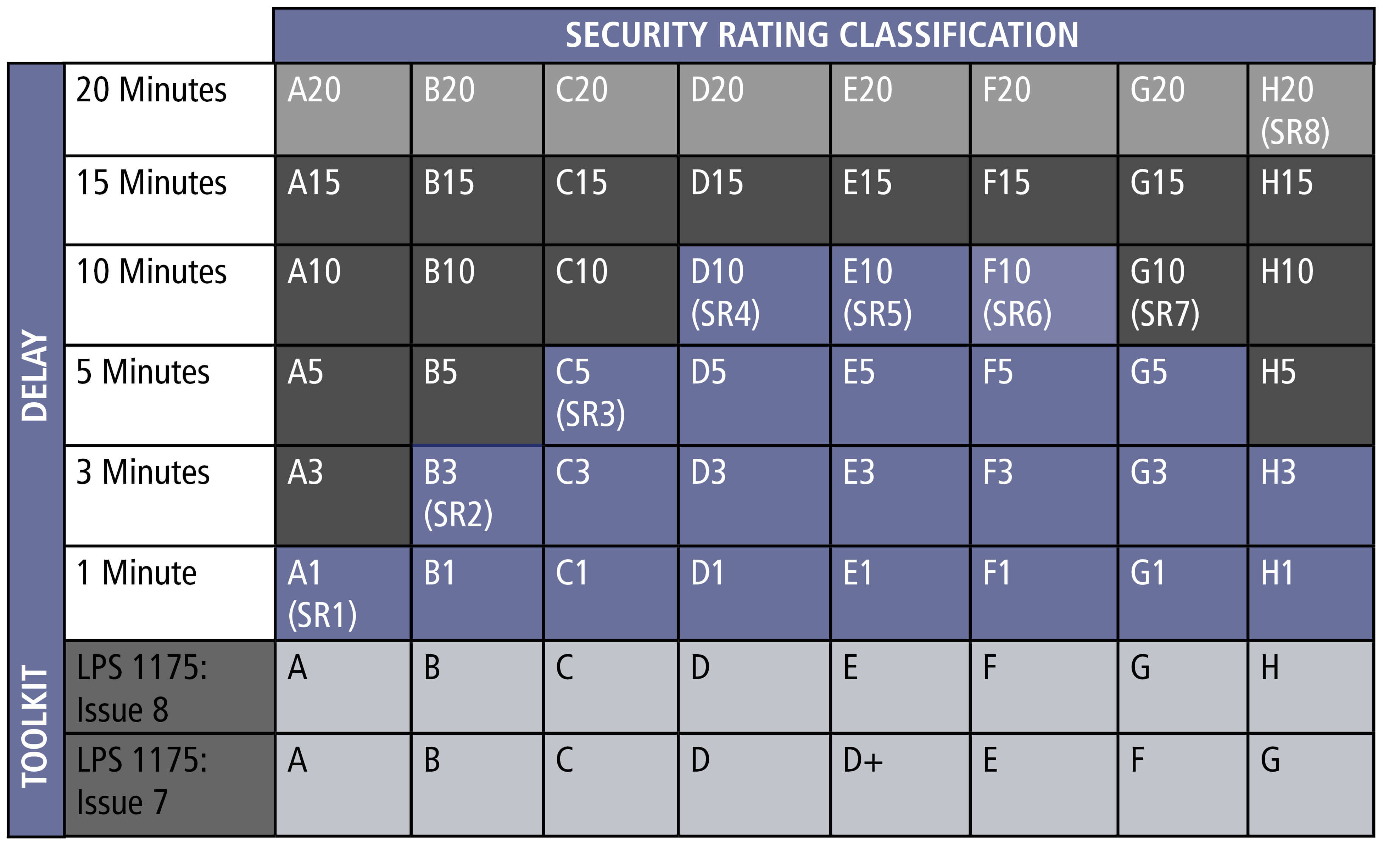 At Jacksons, we take our fencing solutions and your security, seriously, which is why we have developed LPS 1175 certified fencing and gates. We have a range of perimeter solutions from A1 (SR1), including Vertical Bar Railing and Welded Mesh systems, to our top-of-the-range Trident 5 Vertical Railing & Mesh Combination which achieves the LCPB E10 (SR5) rating.

Products provide minimum resistance to opportunist attempts at forced entry using a range of techniques and tools including those that create noise.

Products provide moderate resistance to determined attempts of forced entry using a range of techniques and tools including those that create noise.

Products resist experience attempts at forced entry using a wide range of tools including battery powered tools lasting up to 10 minutes depending on the security rating sought.

For more information about our security ratings and standards click here. 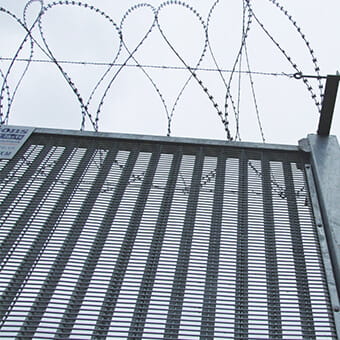 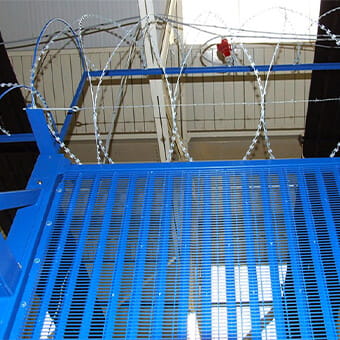