What security fencing is best for the transport sector?

Some transport sector locations may require fencing to simply demarcate zones which are not accessible to the public. For settings where safety is critical, certified security-rated fencing should be specified.

Other considerations for transport sector fencing include vehicular access, pedestrian flow and any noise-reducing measures, such as acoustic barriers, which may be required near residential areas.

Any railway site, including small stations, trackside and on to larger sites such as large transport hubs, depots and distribution centres, requires durable, secure fencing.

With a high volume of pedestrian traffic, internal and external demarcation and access control ensure the safe and secure movement of rail users. Similarly, to keep vehicles at a safe distance without interrupting the flow of pedestrians, bollards should be installed.

For busy, major transport hubs near to roads where the public congregate - such as London stations - these bollards should adhere to Hostile Vehicle Mitigation (HVM) measures, offering protection to large crowds in the event of a vehicular attack.

Railways can be noisy, so acoustic barriers are a good choice to minimise the volume of busy train tracks. Along the railway line, around depots and distribution centres, acoustic fencing can alleviate some excess noise. Be aware that when placed next to the tracks, this fencing must be CE/UKCA marked to meet building regulations.

For motorways, roads, and car and lorry parks, acoustic barriers are essential. As with fencing for railway sites, roads require acoustic barriers to reduce noise from traffic and tyres. For highways, this fencing must be CE/UKCA marked as a whole system.

Anywhere vehicles are left unattended will benefit from secure fencing, but lorry parks in particular can attract potential thieves and vandals. Security fencing and gates that are security-rated, durable and potentially strengthened with further deterrents such as anti-climb fence toppings, will ensure vehicles and personnel are well protected. For welfare areas, secure, privacy fencing such as EuroGuard® Combi is ideal.

Specifying fencing for seaports and airports

As an attractive area for potential thieves, ports must be kept secure. The right fencing should be tall and strong enough to keep unauthorised persons out, and be able to withstand cutting tools for some time. Specifying LPS 1175-tested and certified security fencing ensures the fencing you choose is strong enough to prevent intruders.

This fencing can be enhanced and complemented with further measures, such as toppings and a Perimeter Intrusion Detection System (PIDS). Adding anti-climb measures and other security toppings increases fence’s visual deterrent, as well as giving any potential intruder greater difficulty if they do attempt to scale or break through it. CCTV combined with PIDS will provide staff and security with the visibility to monitor the entire site.

Similarly to seaports, airports must be kept secure to reduce delays and deter potential thieves, vandals and hijackers. To ensure there are no blind spots in staff’s visibility of the site, welded mesh security fencing and vertical bar fencing are viable options which should be considered when specifying for these locations. Airports must be well defended against hostile attacks and ensure any fencing on site does not interfere with aircraft or passenger safety. GRP fencing is a highly effective alternative to metal fencing for areas requiring non-magnetic, thermally and electrically non-conducive systems that will not interrupt radio wave frequencies. Our GRP fencing is available in both mesh and vertical bar styles.

Specifying for the transport sector requires an assessment of that site’s specific needs as well as an understanding of how it operates, and who will be using the site. A small rail depot would have entirely different fencing and security needs to an international ferry port.

Our team of security fencing specialists here at Jacksons Fencing can help you specify the right product for your site, advising you on best practice within the industry and supporting you with installation and maintenance of your fencing. To find out more about fencing for the transport sector, contact us today. 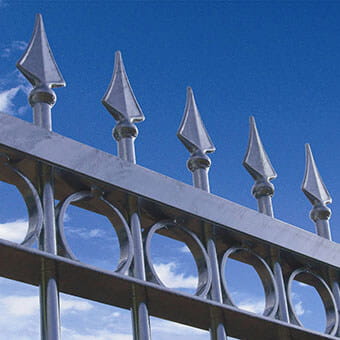 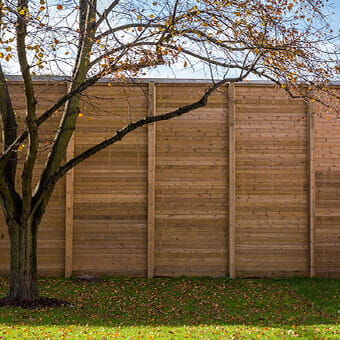