To deliver a range of effective perimeter security / access control measures around the harbour to secure the site and address the issue of illegal immigrants gaining unauthorized entry to the UK. 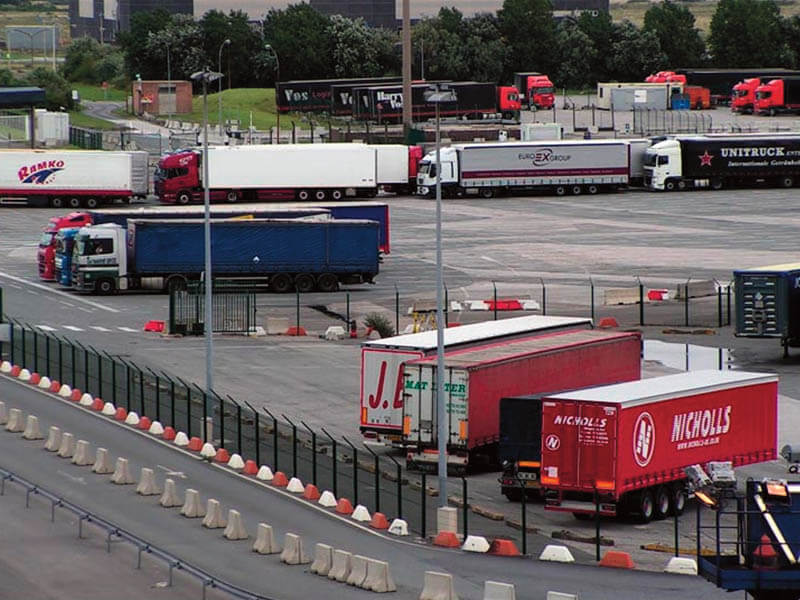 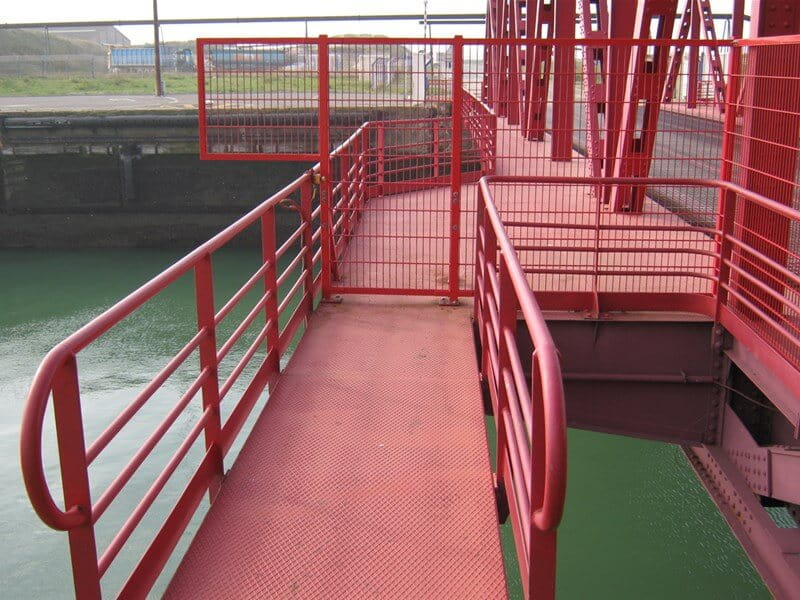 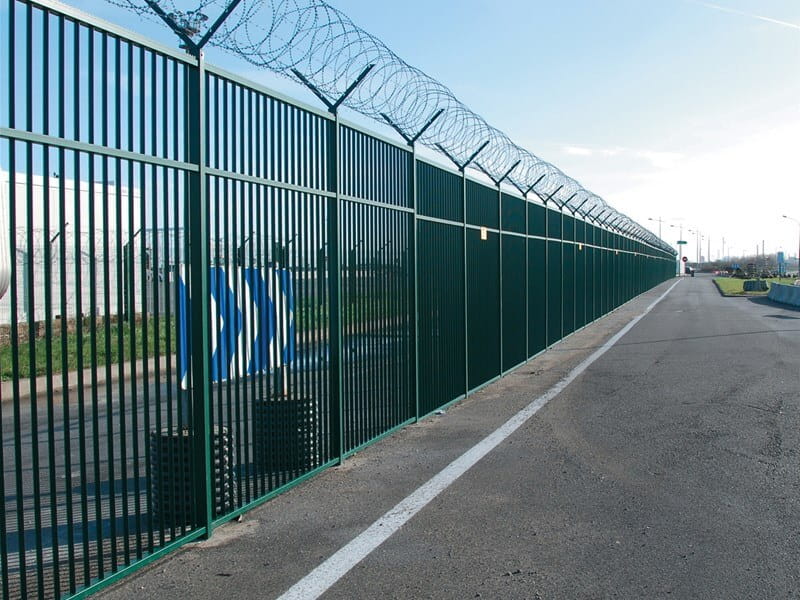 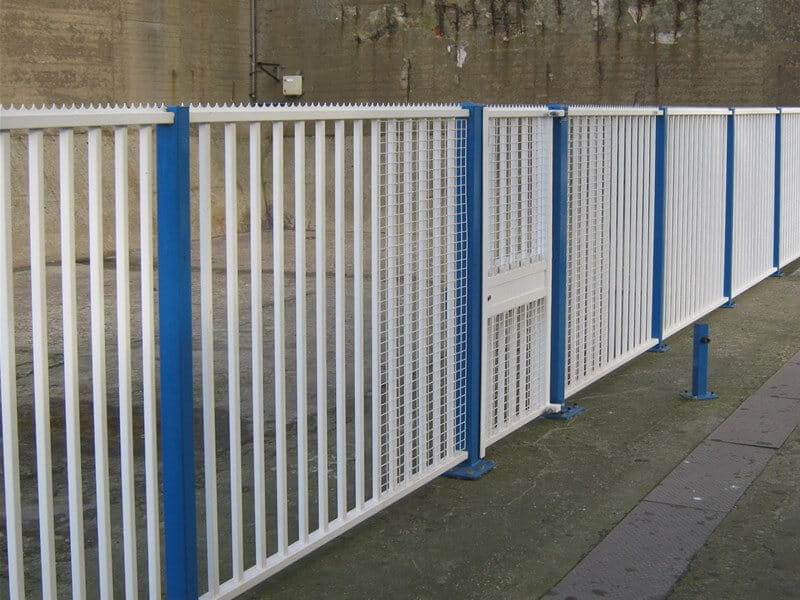 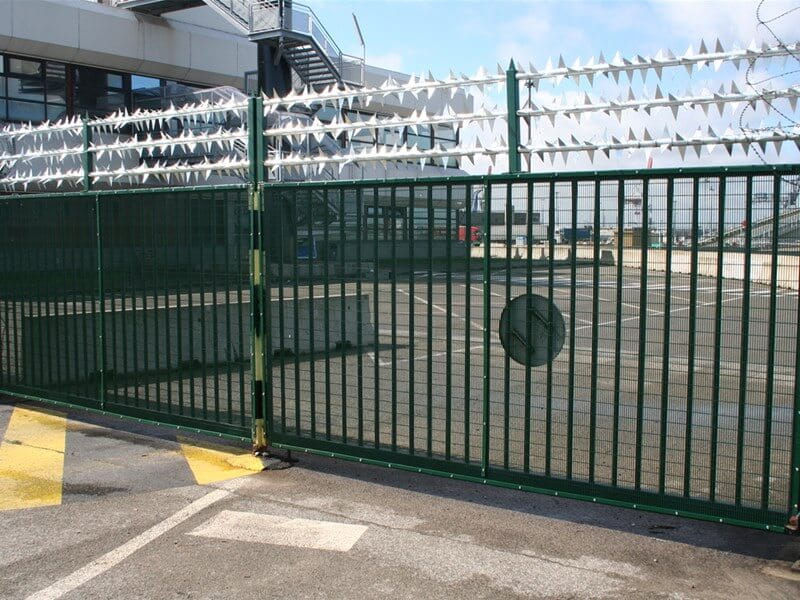 Dunkirk represents France’s third-ranking port and is classified as the 7th port of the North Europe Range which extends from Le Havre to Hamburg. It is also France’s leading port for ore and coal imports; containerised fruit imports and copper imports. Situated just 40 km from the English port of Dover, Dunkirk is regarded as France’s second-ranking port ideally placed for trade with Great Britain.

Its extensive facilities mean it can handle all kinds of cargoes and the largest ships. The port extends along a frontage of 17 km and has two entries for shipping. The port’s territory covers 7,000 hectares and includes ten towns, so maintaining effective access control throughout the site is a significant challenge.

Jacksons enjoys an established working relationship with Dunkirk and has been involved in a variety of initiatives designed to enhance site security. The customer car park is a natural target for opportunists looking to gain unauthorised access to the harbour and there was a clear requirement to upgrade the existing perimeter boundary.

A 375m run of bespoke 2.8m high Sentry metal railings was designed to create a secure parking zone which is resistant to climbing and any attempts at gaining a forced entry. The sheer height of the fence provides an imposing barrier to any potential intruder. However, the added extension of a Concertina Barbed Tape topping which is cradled in a customised Y shaped bracket fixed to the upper rail renders it virtually impossible to scale the fence. The actual pales which are welded through the rails to deliver a robust and rigid structure, are set slightly closer together to counter any opportunity for a car jack to be used to prise open a gap. An additional rail was incorporated near the top of each fencing panel to provide added strength in the event of an individual applying force as a means of gaining an entry point.

The large manual Sentry gates which were already in situ, have been heavily reinforced with welded mesh panels and three rows of Rota Spike, the ultimate fence and gate topping deterrent to negate any attempts to climb over or through the gate. The harbour boasts a series of heavy duty lifting bridges (the largest of which is 50m long) on the roads which are part of the critical infrastructure supporting the port. Jacksons was tasked with the challenge of securely sealing off any areas where pedestrian access was not permitted and guiding all footfall onto the designated routes. In addition to the complexities associated with creating entirely bespoke sized steel panels which were capable of accommodating the regular lifting of the bridge, the panels / gates developed were required to match the existing handrail and decking. They also had to offer an enhanced level of protection against the harsh marine conditions. Each panel / access gate was painstakingly measured as accuracy and precision were vital to the success of the various installations. A marine grade coating was included in all the structures to provide added resistance to the damage that can be caused by ongoing exposure to salt water.

The operations manager at Dunkirk is delighted with the results achieved to date. “We have witnessed a definite decrease in the number of unauthorized entry attempts since the added physical security measures have been put in place, and this is in an economic / social climate where we are seeing an overall increase in asylum seeking activity throughout Europe – The European Asylum Support Office reports that the total number of asylum applicants in the EU, Norway and Switzerland rose by 18% compared to the first quarter of 2013.”