Creating a secure perimeter around a Data Centre

The Data Centre market continues to enjoy rapid growth both at a global and national level. Whether a company chooses to fund its own data centre or accesses the services of the increasing number of outsourced data centres, a key factor will always be the resilience of the security measures that are in place to ensure a continuous seamless operation.

A Data Centre client (due to the confidential nature of the business, we are unable to divulge details of where the Data Centre is located) approached Jacksons Fencing with a very specific requirement. The main priority was to achieve a high level ring of security around the site – whilst also shielding the building to minimise visual access and prevent any witnesses to the day-today activity on the premises. 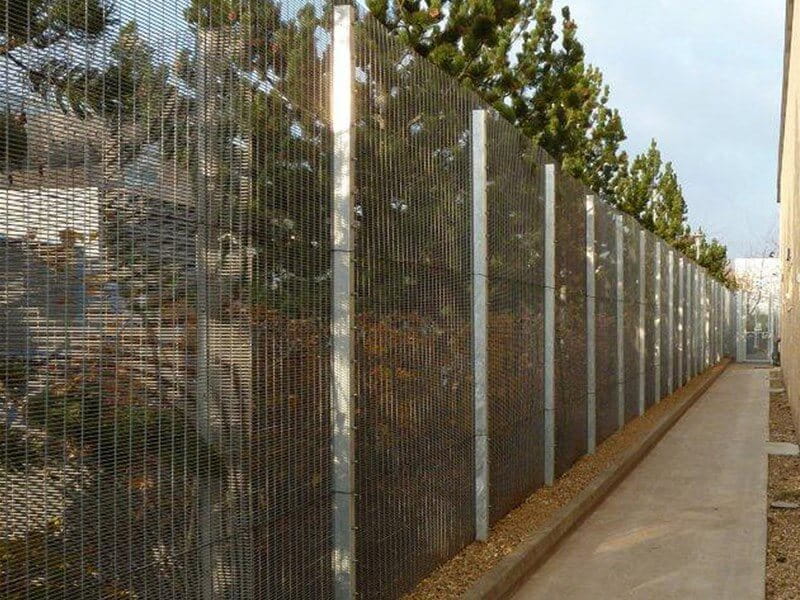 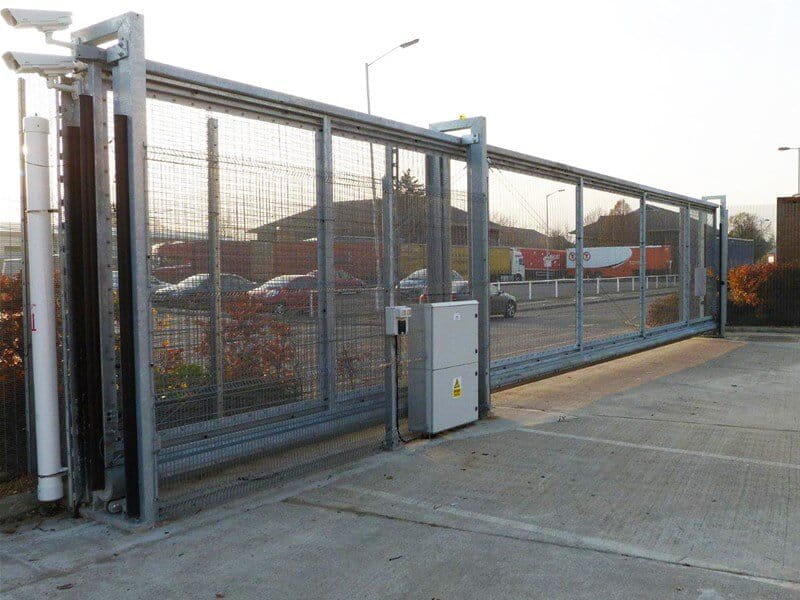 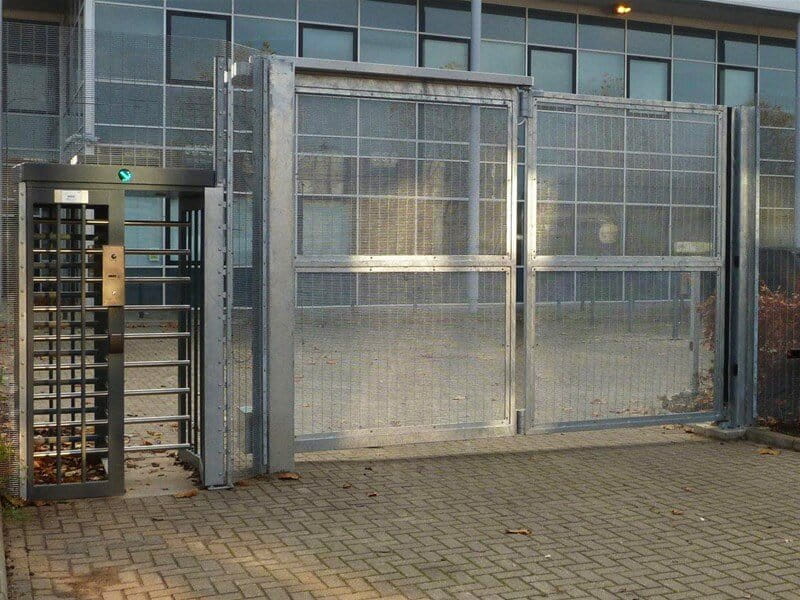 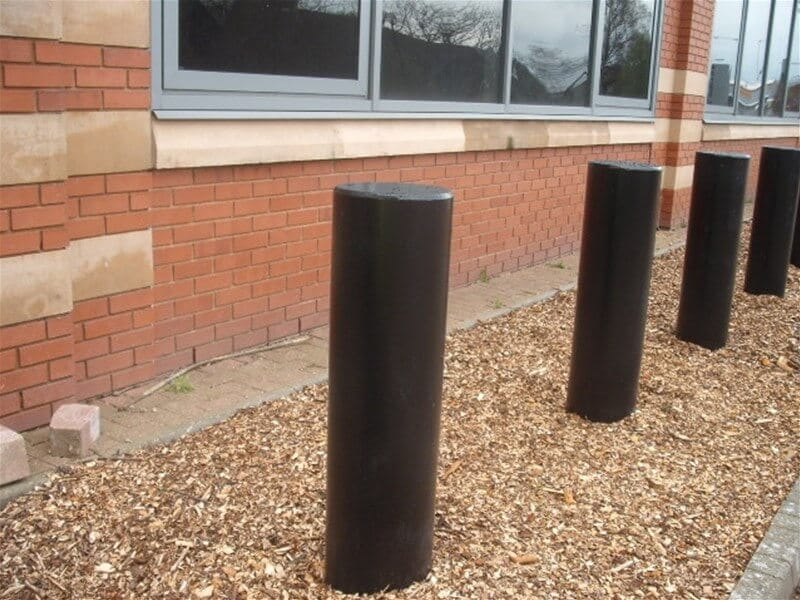 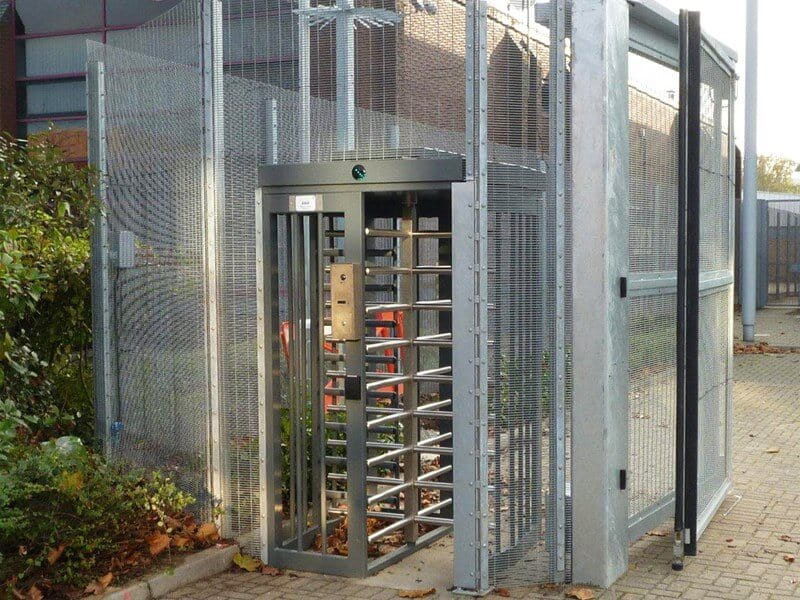 Trident Jakoustic 3 was identified as the primary fencing choice, representing a high security timber and steel mesh barrier system. Accredited by the prestigious Secured by Design (Official Police Security initiative), the attractive, outwardly natural timber façade belies a tough and highly robust layer of steel meshing which is highly resistant to cutting by powered tools. The closely fitting panels not only possess efficient acoustic qualities, they also provide a dense barrier which results in zero viewing opportunities for any interested parties – in fact Trident Jakoustic 3 is the only government tested fence product on the market to offer this unique benefit.

To the passer-by, the Jakoustic boundary looks like a traditional timber fence, but to further enhance the site’s security credentials, the entire perimeter fence line is supported by Alarm aFence, Jacksons’ exclusive combined alarm and electric fence deterrent.

This supplementary layer of physical security is designed to administer a non-lethal electric shock to any potential intruder, whilst also raising the alert that a breach in site security has occurred. The client expressed an additional concern in relation to the possible risk of travellers trying to gain an entry via the front of the site. This was remedied by the inclusion of a run of steel Bow Top fencing for the car park. The curved top fence design which features hollow bar rails and a pale through rail construction, offers an aesthetically pleasing yet inherently strong demarcation solution. This was complemented by the installation of an Automatic Traffic Arm Barrier to provide an effective means of monitoring access to the parking area.

The inclusion of the highest security measures was imperative for the main access point to the building which needed to take into consideration the regular ingress and exit of 55 ft articulated lorries. Whilst essential to the day-to-day operation of the Data Centre, this traffic flow needed to be managed to ensure that there would be no compromise on the overall security architecture. Jacksons’ solution was to install an airlock by including two Speed Gates, creating a secure area in which no more than one gate could be opened at any one time. To accommodate the large vehicle traffic which the site attracted, the airlock was created in the shape of a parallelogram. The first PAS 68 Crash Rated Speed Gate was installed by Jacksons and this was complemented by a second Bi-Folding Speed Gate. Both gates can be operated without the use of a bottom or top track, thus eliminating any issues associated with possible height restrictions and also dispensing with the need for large tracks on the road. To establish heightened access control, Automatic rising bollards have also been incorporated at the top of the ramp leading to the goods loading area, internally within the site.

A run of PAS 68 Crash Rated Bollards surround the front of the building as well as being located next to the Crash Rated Speed Gate to the rear, delivering the finishing security protocol detail. These exceptionally strong bollards, are designed to prevent vehicle intrusion and have passed stringent tests to assess their ability to stop a 7.5 ton lorry travelling at 50 mph from gaining access to the site. The end result is an impressive - but not oppressive - ultra secure site ideally placed to deter, detect and if necessary withstand a possible security attack.