West Thames College in the London Borough of Hounslow is home to over 6,500 students every year, offering a range of further and higher education courses across its two campuses based in Isleworth and Feltham. The main Isleworth Campus has recently been completely redeveloped, demolishing the former building and transforming it into a state-of-the-art centre fit for 21st century learning.

In Spring 2010, a brand new Atrium Building was opened housing a new learning centre; a theatre; a sports hall and gym; common rooms and dining areas; a media and music centre; dance and performance studios and refurbished professional hair and beauty salons. In addition to the creation of a new building, the whole local environment has been aesthetically improved featuring landscaped lawns and open spaces. In September 2011 the campus redevelopment was completed with the opening of the Sir Joseph Banks Building. Named after the 18th century botanist and explorer who famously sailed all over the world on Captain Cook’s ships and became the pioneer behind Kew Gardens, Joseph Banks lived in the original 300 year old house that is on the college site. The Joseph Banks Building provides classrooms and teaching spaces including science labs, art and design studios and IT suites. 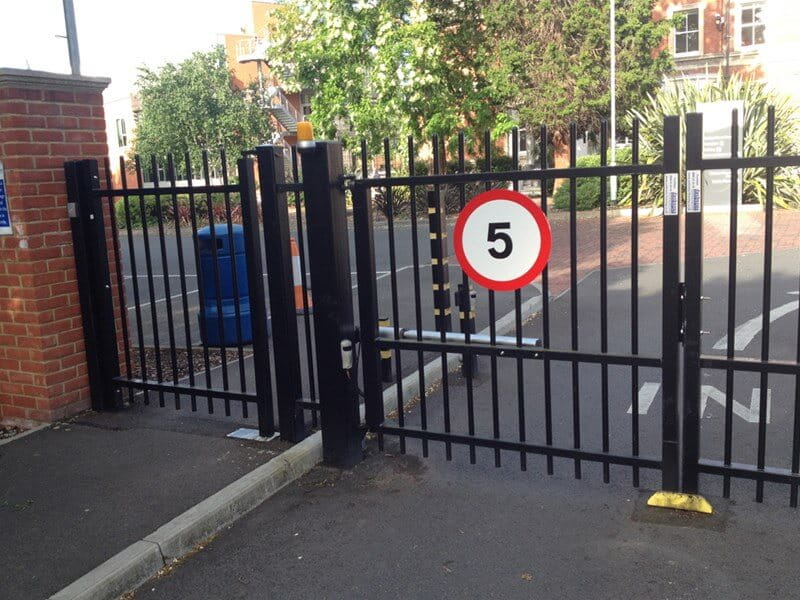 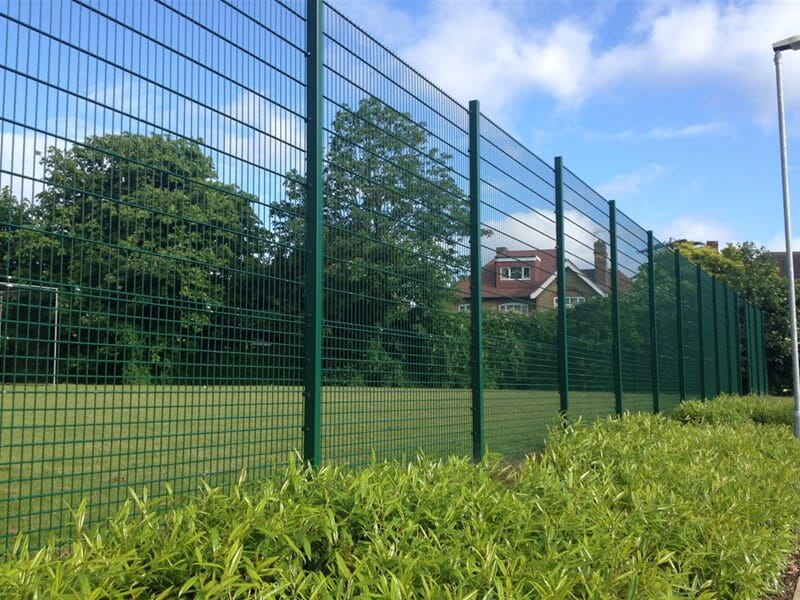 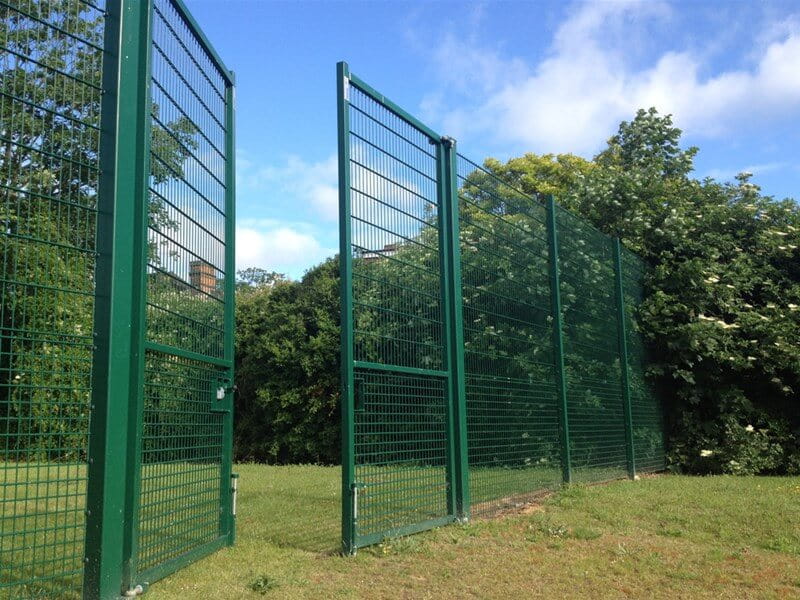 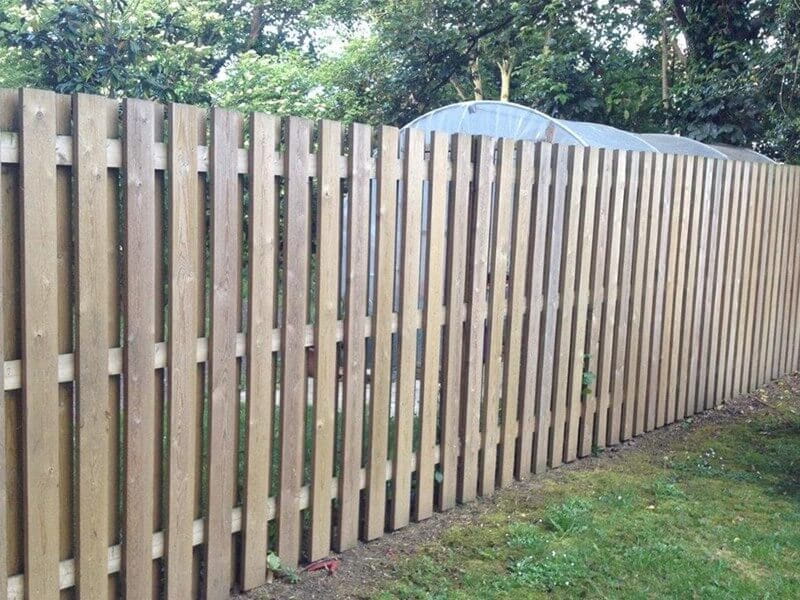 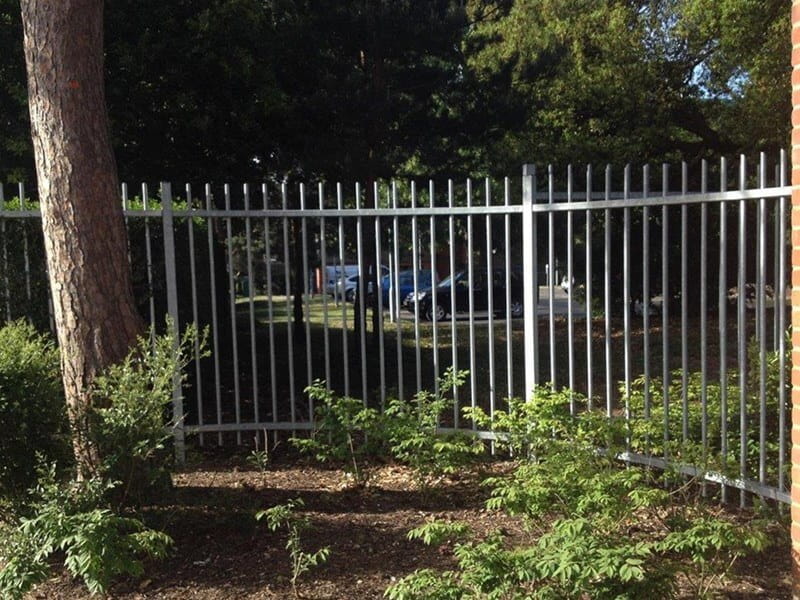 Jacksons was approached by Osborne, a leading family owned construction, civil engineering and property services business. Osborne’s had been charged with the £52 million three-phase development of the Isleworth campus – all to be completed with the college remaining in occupation throughout the two and a half year construction programme. Paul Peers (Fencing Manager) and Sara Smith (Business Development Tenders Executive) worked closely alongside the team at Osborne’s to provide a comprehensive and accurate response to the project’s physical security requirements. Osborne was impressed by Jacksons’ ability to quickly grasp the fundamental issues pertinent to such a busy site where the college has a clear duty of care to the attending students – especially given the inherent need to undertake works whilst the students were in residence. Of equal importance in the decision making to appoint Jacksons’ was the company’s established heritage and expertise in the timber and steel fencing sector and its proven track record for the supply of products capable of meeting the most stringent quality standards.

The expansive Isleworth campus had a number of fencing requirements and Jacksons’ primary function was to identify the most appropriate type of fence to suit each and every application. Also pivotal to the success of the whole project was the need to dove tail all the fencing and access control works to tie in with the additional construction works taking place on site. The smart refurbished college merited an impressive new entrance approach capable of delivering enhanced access control. Dramatic 9m Barbican Imperial gates matched with a run of Barbican Imperial security railings create a dramatic style statement combining aesthetic appeal with functional high security features. The round pale security railings offer unrivalled strength and durability, in addition to the reassurance of a proven anti-climb design. Two 1.5m high automated Barbican Imperial gates feature by the dedicated security hut, delivering added reassurance by providing a means to effectively monitor all visitors to the site.

The Nursery building naturally required a high level of security but consideration had to be given to the need to create a visually enticing, and not overtly oppressive environment. Smart black powder coated Barbican Imperial railings and matching manual Barbican Imperial gates (one of which works in conjunction with an intercom system) were installed, with the railings secured at various heights to an existing wall via bespoke cranked posts. In addition to this 1.5m high EuroGuard Regular welded mesh panels and matching gates were fitted to the other two sides of the nursery, which again required a bespoke cranked post fitting to blend with the wall heights in this section of the campus. The EuroGuard Regular panels provide a versatile means of establishing a clearly demarcated zone with the added benefit of tamper proof fixings. The strong secure structure can be designed around any terrain and easily stepped to accommodate sloping ground. The garden to the nursery was neatly contained using Tubular Chain Link System 3 fencing and matching gate, which features a top rail and post cap detail as well as ultra strong line wire fixings to posts to ensure an ultra safe children’s playing area.

A key feature of the refurbishment programme involved the creation of a brand new grassed sports pitch which required a fencing solution to contain all sporting activities, whilst still allowing spectators to enjoy a non-obstructive view. 3m high Rebound Sports Mesh and complementing gates were identified as the ideal choice of perimeter security, with the double wire feature delivering a more rigid structure capable of withstanding high impact sports as well as vibration along the fence line.

The Sir Joseph Banks Building was treated to a run of attractive timber Hit and Miss fencing, with this area and the Service Yard zone enjoying an enhanced level of security and restricted access control courtesy of the three (automated and manual) solid Courtyard gates. The gates were especially made to match the widths of the walls on site, and in the interest of maintaining continuity, Jacksons was also tasked with developing a bespoke set of 1.5m high metal railings to match the existing steel facade college frontage.

Finishing touches included the installation of 1.8m high Featherboard fence panels to create an attractive boundary line for the residential housing adjacent to the college, as well as sealing off access to the dangerous Japanese Knot Weed Plants using a 1.2m high Chestnut Paling surround. Further timber Hit and Miss fencing and gates were erected to control access to the old air raid shelter and steel staircase void. Despite the extensive variety of fencing products featured, the critical time lines which needed to be observed, as well as the need to create a number of entirely bespoke solutions, Jacksons completed the project in December 2011, on time and on budget! 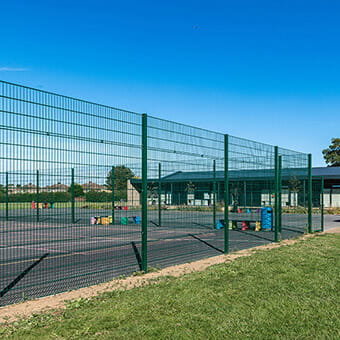 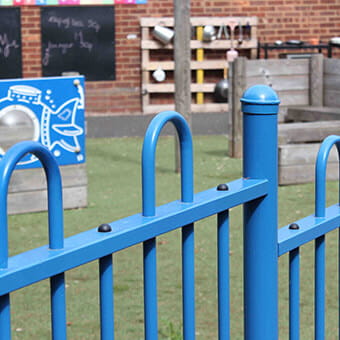